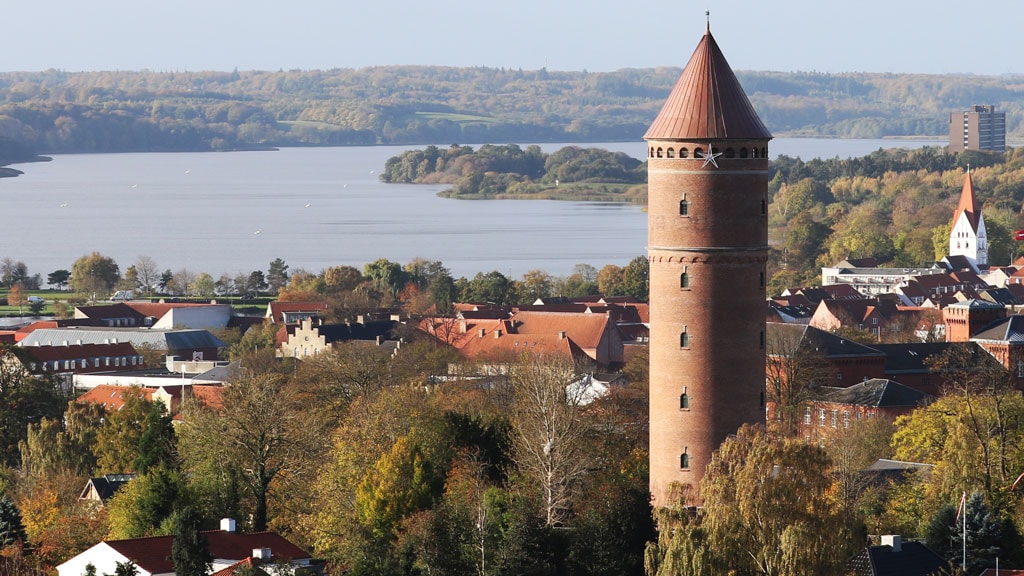 The landmark of Haderslev.

The water tower was build in 1924 and worked toward plentiful and clean water-source for the town population that only grew after the reunion. The tower was first put to use on first of January 1925. The tower was made of concrete and wrapped with red brick.

The tower added with its height a sight attraction in Haderslev. An exiting viewpoint can be reached from the top of the tower. There was public access to the tower from 1924-1966. The view of the town rooftops, green land and blue water is beautiful.

Since then a second 'white tower' was added to Haderslev at christiansfeldvej in 1991 and the red water tower was no longer put to use as a water tower.

The water tower has two functions today: one is to hold high the advent star in the last couple of weeks of the year. The second is to function as a symbol for the annual music festival 'Kløften festival', on the first day of summer break in June.