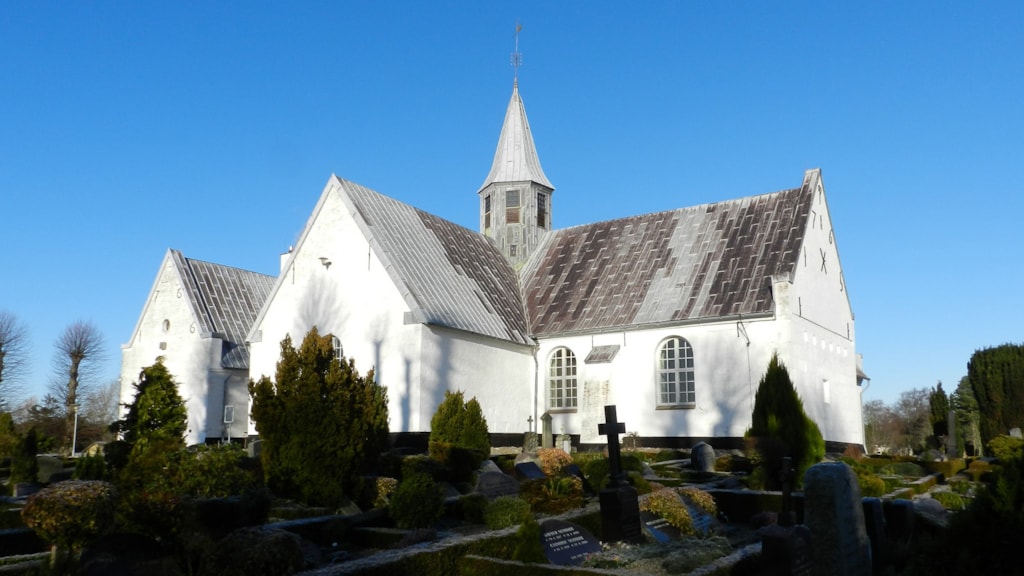 When Hoptrup Church was built is not known for certain, but in 1287 the church was registered as belonging to the Schlesinger Bishop. The church was built during troubled times, as the Kingslaying in Finderup Lade had just occurred, and the royal family was not on good terms with the church. At the time, it was believed that when a murder happened in important circles, a general acceptance of the crime had to be present from other high ranking persons. Thus, the royal family believed the church to be involved.

In the beginning, the church had no tower and the great bell hung from the west gable. The bell was made in Flensborg in 1476 and it is dedicated to Saint Nicholas, patron saint for fishermen and merchants. In 1897, chalk-painted decorations were discovered in the church. These were exposed, restored and more were added by Hans Magnussen from Haderslev, but in 1944 the decorations were covered once again.

If you are planning to walk the Camino Haderslev Næs trail, you are bound to pass by Hoptrup Church, as it is the dividing point between legs 8 and 9 of the trail.

The church is open from 8am to 4 pm all days. There might be exceptions in connection to functions and other events in the church.