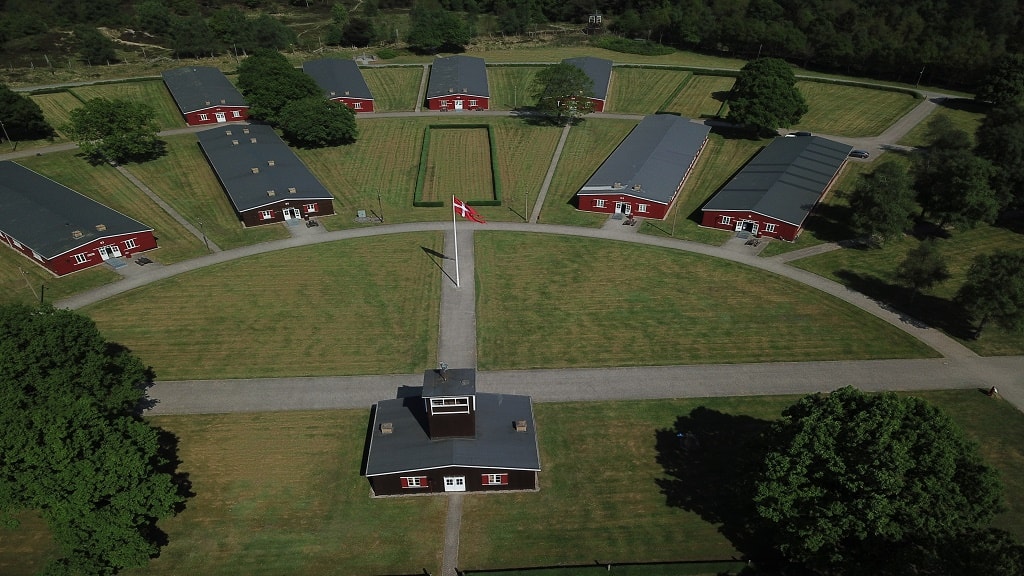 In 1944-45 the Frøslev Camp housed the prisoners of the German Security Police in Denmark, primarily members of the Resistance. The camp was built in order to avoid deportations of Danes to concentration camps in Germany, even so some 1.600 Frøslev prisoners of a total of 8.000 internees were deported to Germany.

The Museum, which is owned by the Danish National Museum, is situated in the main watchtower and two former prisoners` huts. The exhibition shows everyday life of the camp as well as the conditions in those concentration camps in Germany, where Frøslev prisoners were deported to. The Frøslev Camp is one of the most intact German camps in Europe, and is a Danish national monument.