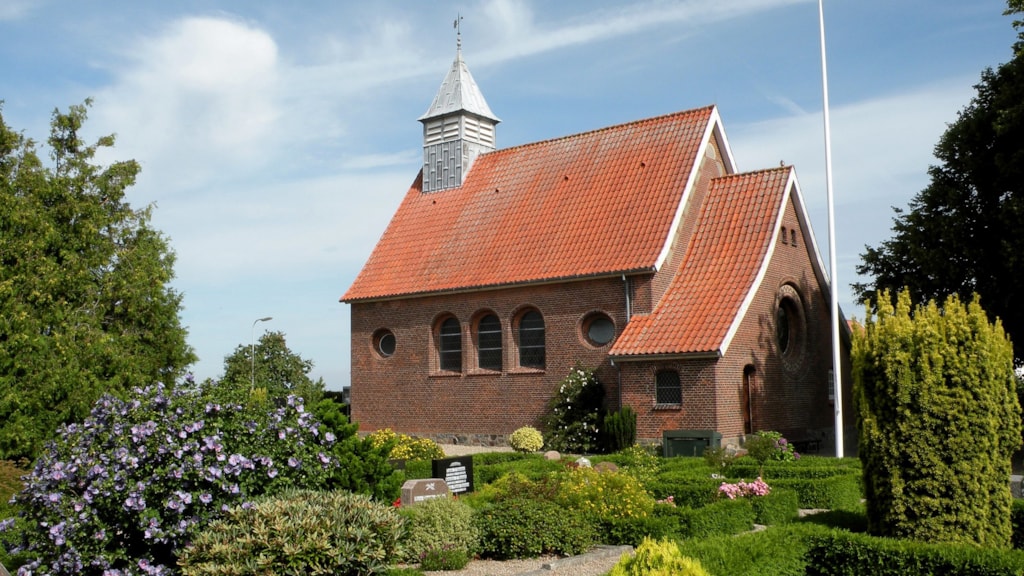 Aarø church is a small, well-kept church in red brick and a red tile roof, consisting of a relatively tall nave and a short choir. The church is referred to as Julekirken (The Christmas Church), as it was first used Christmas Eve 1906 and officially consecrated December 30th 1906.

The church has a beautiful stained glass window, which shows the resurrected Christ giving his blessing. You can also see a memorial of 10 young men, who fell as German soldiers in the First World War in France, Romania and Russia.

A lovely story about the church is that the land for the church and cemetery was gifted by farm-owner Christian Martensen, on the one condition that he be buried on the right side of the entrance and his best friend on the left.

On average, there are two services every month, an early mass without Communion, and a later high mass with Communion and subsequent coffee by the baptismal font. If you are walking the Haderslev Camino Næs trail you are bound to pass by Aarø church, as it is the dividing point between stage 4 and 5 of the trail.

The church is open during the daytime from 8am to 8pm.